Techlap.com
Home Luxury Vivos Europa One Shelter – Only For The Rich

Be it an oncoming asteroid, an ominous technological threat (remember the “Year 2000 bug”?), or some deadly disease, some people take judgment-day warnings more seriously than others, for example, the American company Vivos.

Vivos’ Europa One Shelter, located in Breitenstein, Germany, is an underground complex reminiscent of a billionaire’s mansion, only several times the size and far, far safer. It contains several swimming pools, theaters, gyms, restaurants, designer apartments, large open spaces, and even a helipad. However, the main feature of this installation is that it can withstand nuclear detonation, chemical warfare, earthquakes, tsunamis, and any other disaster you can imagine.

At this time, the price of each apartment in the complex is kept secret, but the property value alone is estimated at $1.1 billion. The plan is to use this complex in the case of a global catastrophe, such as a nuclear war. Scroll down to learn more about this outrageous bunker.
This is a standard bedroom in the complex, complete with a window to a giant aquarium. 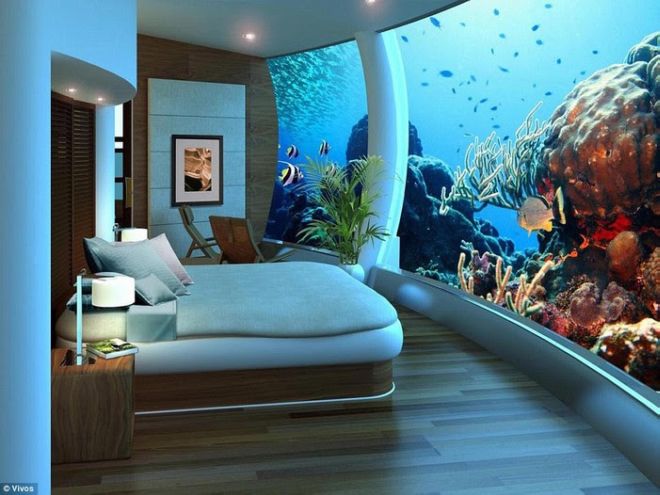 The Complex will house people who work and maintain the facilities. Their quarters have not been revealed yet, but undoubtedly they will be less impressive than those of the richer inhabitants. Below is a photo of one of the main dining halls. 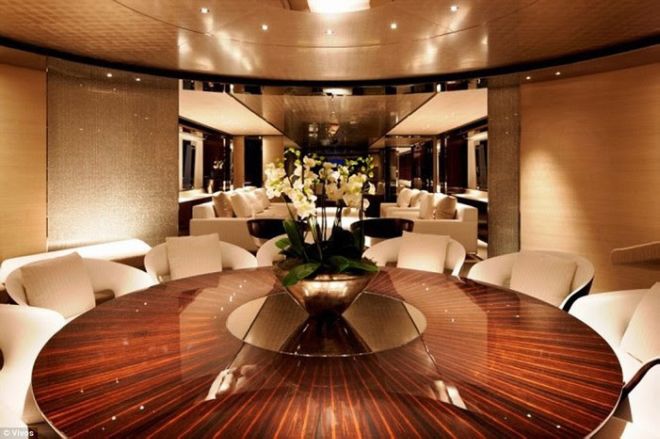 The bunker was designed for emergencies, and thus many areas are built with many layers of reinforced concrete, steel, and glass. 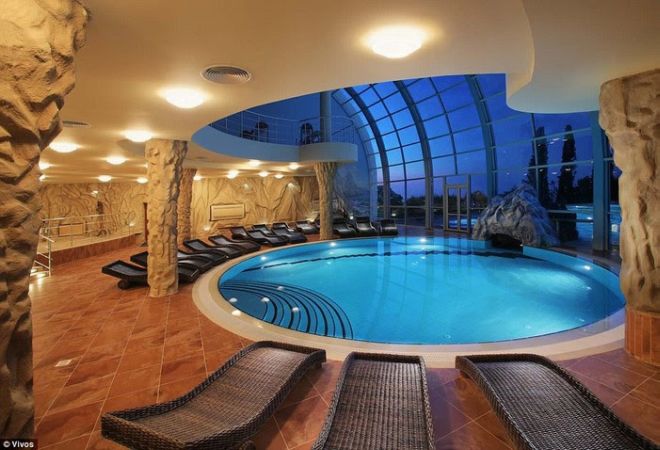 This is a room most of the shelter’s inhabitants won’t get to see – the generator room that powers the whole compound. During the Cold War, this bunker was used by the Soviets. 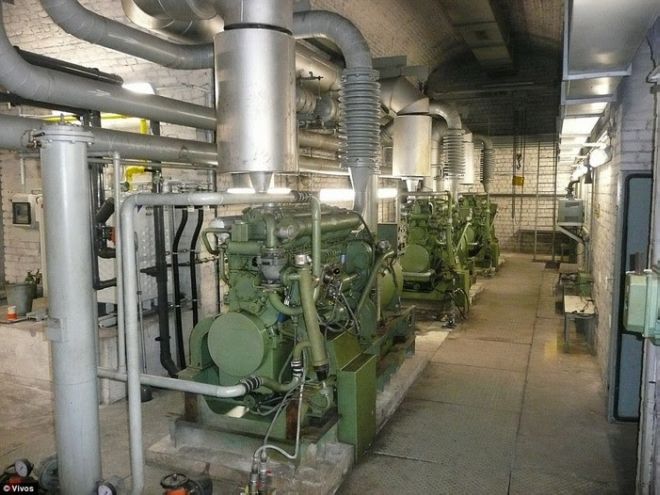 The shelter is adjacent to the German town of Breitenstein. In the picture below you can compare the size of the complex to the neighboring settlement. 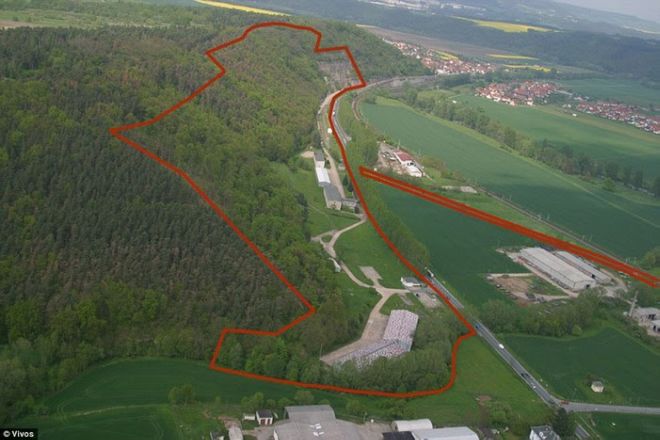 Each luxury apartment in the complex is 2,497 square feet (232 square meters) in size. 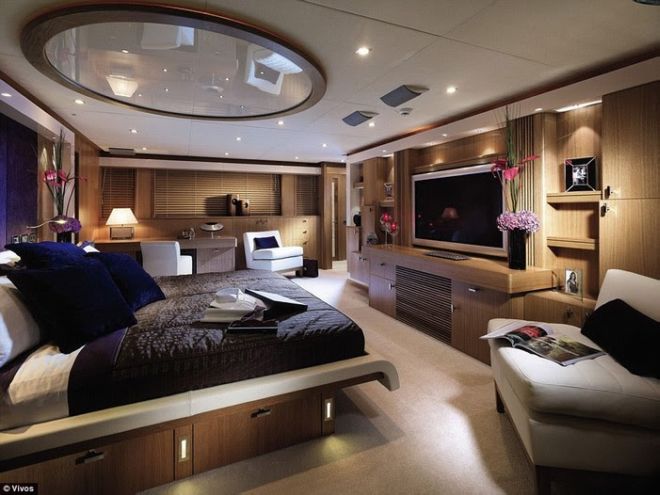 The apartments can be designed according to the owner’s specifications, and can include a prayer room, a wine cellar or even their own private cinema.